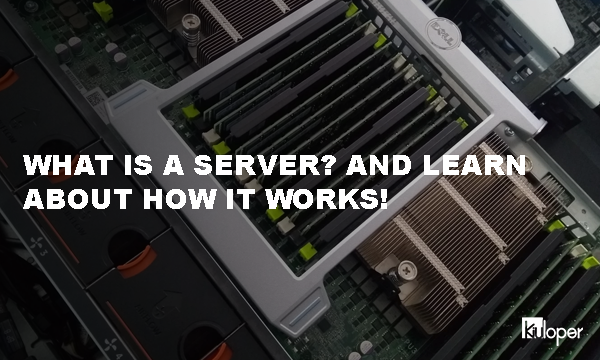 What is a server?

What is a server and why use it?

In the discussion of web hosting, the server is usually a powerful computer in terms of hardware that it can host one or more websites through a set of essentials. These servers are usually stored in a place called datacenter. The server in the data center network is connected to the Internet very steadily and secure so that it can function properly. It also has a dedicated IP address to make it publicly available on the Internet. After this, you will usually be able to do other things, such as installing the operating system, configuring, etc. all done remotely. If the server with specific software tools is divided into several sections, each part is called a virtual server.

In order for each VPS to be available on a Web-based basis, it should be assigned to an IP, which is usually allocated by the software agent in connection with the internal data center network.

The process of preparing a server in a data center

As stated, usually a server is a powerful computer. Due to the fact that the space required for servers is not high, they often collect them in small containers, with most servers requiring only one unit at a time. Note that the unit is a row of open space. Each unit in the rack is 4.445 cm high.

In the following, you can better understand the racks.

Usually, servers are used in two types of rents or colocation (colo) in the data center. Most of the time, they are rented, in which the server ownership is available to the data center, and in colo, we have the server, but space and internet are rented from the data center, which certainly will be cheaper compared to the rental of a full server. After the purchase or rental of the server and its location on the rack, software automation systems are configured to be registered and usable by the server. Other issues will continue to be provided through the web-based software system. Usually, for other actions, there is no need for physical access to the server and can be done remotely. It should also be noted that when the server is experiencing a problem and is not available, it can be accessed by the data communications agent through the network. Usually, if the software problem is solved, it can be solved with the software system, and in the case of hardware forms, it should be reported to the data center to replace it.

Previous articleProper use of the heading tags
Next articleWhat is a SEO Ladder and How to Use it towards Your Website?