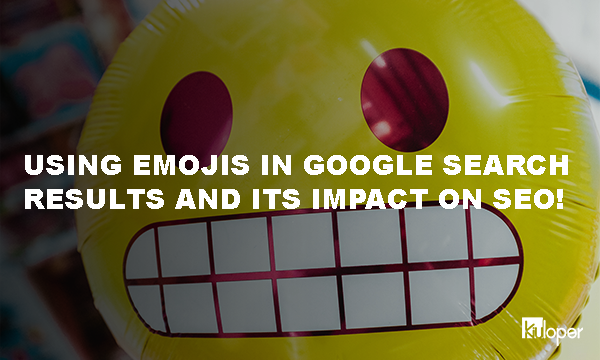 Using Emojis in Google search results and its impact on SEO!

Emojis are now everywhere. We are all used to these emojis and use them to express our emotions. A phenomenon we all remember from Yahoo messengers, it is nowadays seen on websites, social networks, and even newspapers and some creative billboards. Today we will tell you a little bit about the role of emojis in Google and the SEO world.

In this article, we’ll tell you how to get better Google rankings with emojis, give you a list of interesting emojis, and let’s talk about emojis interesting role in search.

Before we start talking about emojis, let’s give you a brief explanation about Google Snippets.

When you search for something on Google, 10 results will appear on the first page. Each result contains a title, a URL, and a few lines of explanation.

The title that appears on Google is called the Meta Title. Followed by comments displayed on Google that are also known as Meta Descriptions. The sum of one result is also called a snippet.

The story of Google’s friendships and animosities!

Google once allowed us to use the emojis in our snippets. But in 2015, due to the abuse of webmasters, it decided to completely remove all emojis from its search results and no longer display them. But a year later, they returned and started showing the emojis again. Of course, only Google’s emojis are relevant and can help improve search results.

In addition to Google displaying the emojis, it also gives users the ability to search for them.

How do emojis improve your ranking on Google?

Now that we understand the role of emojis in search, let’s see how their use will affect your Google rankings. How can emojis really affect SEO?

As we’ve always said, Google seeks to deliver the best and most engaging results for any search. One way Google can detect this is through user behaviour. When most users click on a result, it should naturally be more attractive than the rest. So Google is increasing its ranking over time. More clicks you have on your site, the better your ranking.

You need to write a relevant and engaging snippet to get people to click. This way, your clickthrough rate will increase and as a result, you will attract more users to your site.

However, that click-through rates or CTRs are just one of the 200 Google factors for ranking sites. So don’t think this is enough for better rankings. In fact, if a user clicks on your site and leaves it too soon, a message will be sent to Google stating that your site was not very good. With the help of Emoji and other ways, your site should be attractive enough to meet the needs of the user.

Tips for better use of emojis in Google Snippets

Now that you’re aware of the role of emojis in boosting your site’s click rate on Google, it’s time to tell you how to use emojis.

First of all, be careful to use emojis in the right place. For official business, the use of emojis may not be right at all and only discourage the audience. But suppose you have a pet-friendly site and have written an article on dog training. Certainly in such a place, using a dog emoji will make the audience more interested in your snapshot. In fact, our point is that when using emoji, think about your audience and see if they will like it.

Also keep in mind that excessive use of waves is a form of spamming and Google will automatically remove most of them. So, try not to use more than 3. One interesting thing about this is that Google usually displays the emojis in the description of a snapshot more easily than the emojis in the title.

How to add emojis to search results

It’s really simple. Just find the emoji you want from iEmoji or emojipedia, copy it and paste it into your snippet. 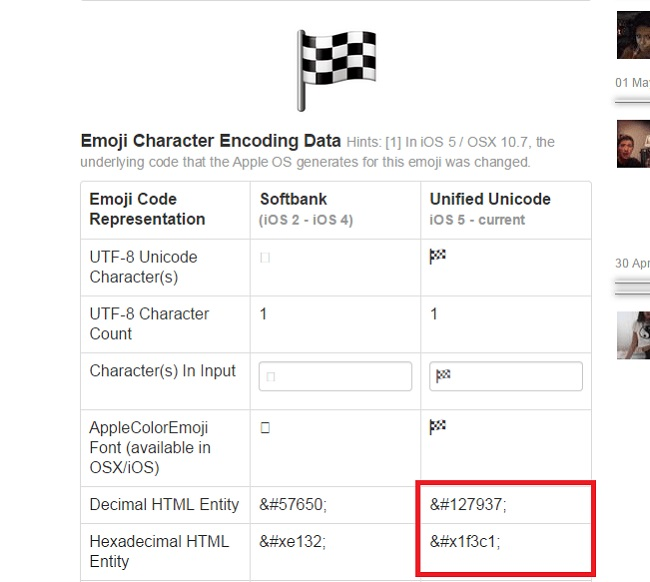 Note: Note that sometimes the browser may not parse the emoji code, so it may appear square. This will make your site look bad in the search results.

Our final talk about emoji on Google

Once again we emphasize: Certainly, using emojis in the page title, metadata description, and even Google AdWords ads can be effective in attracting users’ attention. But keep in mind that using emoji in snippets is not just for decoration, and you should use them in the right place. Just using a random character may not be the right thing to do and it may have the opposite effect. For example, you can use the phone emoji on the “Contact Us” page, the people emoji on the “About Us” page, as well as the gift emoji on the site’s advertising pages.

But overall there is no doubt that if you can make good use of emoji, it will definitely have a positive impact on your website’s SEO and input and make Google’s search results page more colourful and attractive.

Previous articleWhat is Agile Marketing and how can it benefit you?
Next articleHow to write a successful title for your SEO!