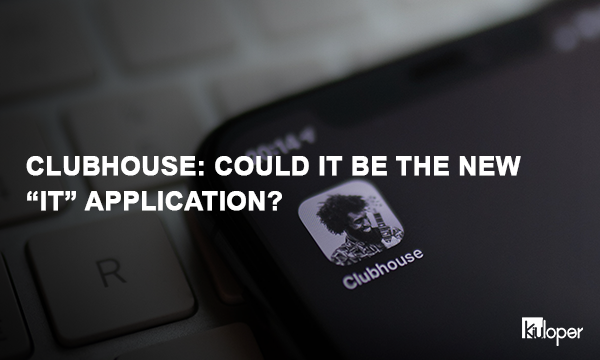 Clubhouse: Could it be the new “it” application?

Clubhouse: Could it be the new “it” application?

Today, we will be discussing a fairly new communication application, “Clubhouse”, a chatroom in which a ton of A list celebrities and influencers are now beginning to use. This exclusive application has grown a tremendous amount and has become a platform which currently requires individuals to be on a waiting list in order to join. It is catching the eye of everyone in the digital world and looks to be the next BIG app. Clubhouse fulfils a desire that many feels are lacking in today’s society and that is an open conversation. In a world full of censorship and political correctness, many people feel like they cannot fully express themselves in the public without being criticized or judged.

In this article, we will be discussing how Clubhouse works, which current celebrities and influencers are already using the platform, backlash the platform has already received and lastly, what possible success Clubhouse may have in the future, moving forward.

In order to navigate the application Clubhouse, the platform begins by creating a personalized algorithm which links both your contacts and well as who you choose to follow on the app. Depending on who you choose to follow, particular chat rooms, music, culture, race and beauty topics will all be specifically selected for you. Within the app, live podcast-style conversations, panel discussions, networking opportunities and real-life mimicked interactions are all available to discover, all concerning multiple topics ranging from race and feminism to influencer culture (Vogue, 2021).

What celebrities and influencers are already using the platform?

This platform, as of recently has already caught the eye of some of the largest A list celebrities and influencers in the industry, a few being Oprah Winfrey, Virgil Abloh, Drake, Ava DuVernay, Kevin Hart, Chris Rock, Elon Musk, and Ashton Kutcher. For a platform that is still new to the market, it is a huge accomplishment to get such big names on board without actually officially launching it to the public. Clubhouse has already started to have an exclusive feel to it and is just making consumers desperately eager for the public launch.

Backlash the platform has already received

Although this platform is fairly new to the market, it has already received a bit of backlash regarding a claimed leniency with harassment protocols as well as failure to effectively moderate all rooms appropriately. In order to lucratively overcome these allegations, Clubhouse took the initiative to release a public statement, informing its users about the new guidelines and rules they have implemented in order to vacate any current or future harassment (Vogue, 2021).

What success clubhouse may have in the future

While only being launched in April, Clubhouse is continuing its worldwide growth by having been valued at an estimated $100 million. As this app continues to attract more celebrities and influencers, Clubhouse has the ability to become one of the most in-demand communication platforms in the world. Through it offering people the opportunity to build connections, feel empowered through speaking their mind and gaining knowledge through its different topics discussed, this application is one that will definitely be in the spotlight.

Overall, we can gather that this exclusive platform Clubhouse has a bright future ahead, within such a short period of time, the platform has already managed to turn the heads of some of the biggest celebrities and influencers in the industry. In the past week, business moguls like Elon Musk and Gary Vaynerchuk have used the platform to communicate with their audiences. If Clubhouse maintains its consistent growth around the world, long-term success is unquestionably in its future.

Previous article3 ways to use social media to grow your small business
Next articleGoogle Meet Vs Zoom- Which one is right for you?