Menu
Get Started - it's free 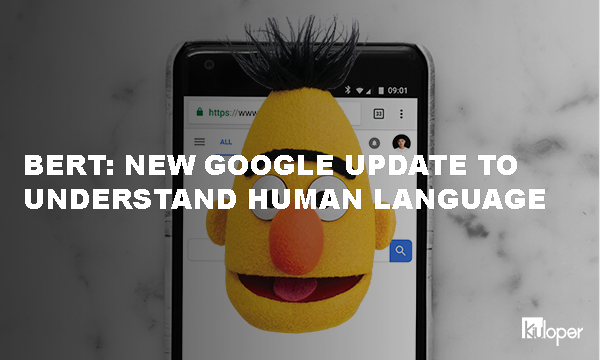 The news suggests that there is a new update on Google’s search engine. Neil Patel says: “Google’s Bert update is the biggest Google update after the ranking algorithm.”

Google itself has announced that the new algorithm will affect one out of every 10 searches, so with that account, 10% of the results shown will change.

In fact, Bert’s introduction to Google’s algorithms may not be so loud and intense, but it is important to influence the future of searches.

Join us in today’s new article to check out Google Bert’s update and see what the main thing is, what sites are affected, and what we need to do to cope with it!

What is a BERT update?

The goal of the Google search engine has always been and remains one: delivering the best results to users!

That’s why Google Bert has been updated. Bert helps the search engine understand the human language better than ever before.

You might remember that Google used a variety of ways before (including Semantic Search and Rank Brain Algorithm) to understand the meaning of search terms, but this time it’s different!

So what is Bert going to do?

In essence, Google wants to get rid of our language by adding an update to Bert. Bert’s focus is on fine grammar points, sentences and words used in conversations, and especially on Long Tail Keywords.

The BERT model can find the general meaning of a word by examining the words that come before and after it, examine the additional letters of the sentence, and identify the purpose of the use of the whole sentence.

Before BERT, after BERT

To understand how this update works and what changes it has made to Google search results, we need a few “pre-operative, post-operative” examples to easily understand what Google means by linguistic detail.

Google says that when users searched for “2019 brazil traveler to usa need a visa,” the search engine focused on keywords and attempted to show users results that included those words or their synonyms. But the result was exactly the opposite of what the user was looking for. Why? Because in this phrase, in addition to the main words and their meanings, the relevant word “TO” and its relation to other words are crucial for understanding the meaning of the sentence.

Before BERT, Google did not understand the linguistic and relevance of this relationship, and the results included information about “Americans travelling to Brazil”, while the relevant word “TO” indicates that the search was about Brazilian travellers to the United States.

Now with BERT, the search engine is able to understand these small differences and know that common words like “TO”. 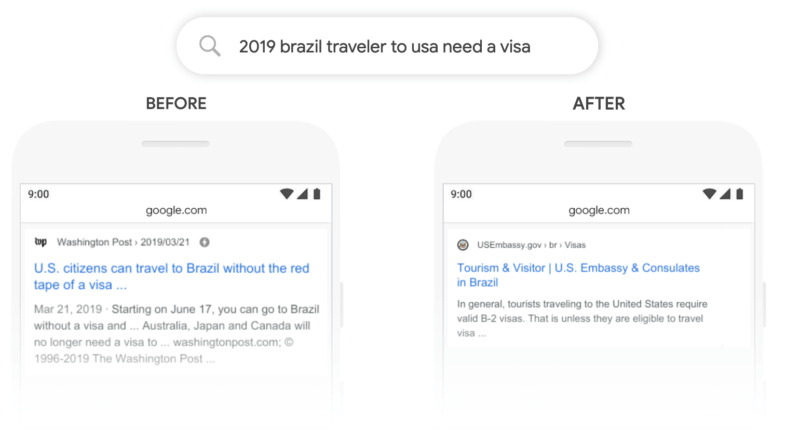 Example Two: Pay attention to the meaning of the whole sentence

Now Google’s BERT model can understand that the rest of the sentence is talking about jobs, so perhaps the concept of “stand” here means physical demand for a job, so it shows the user better content. 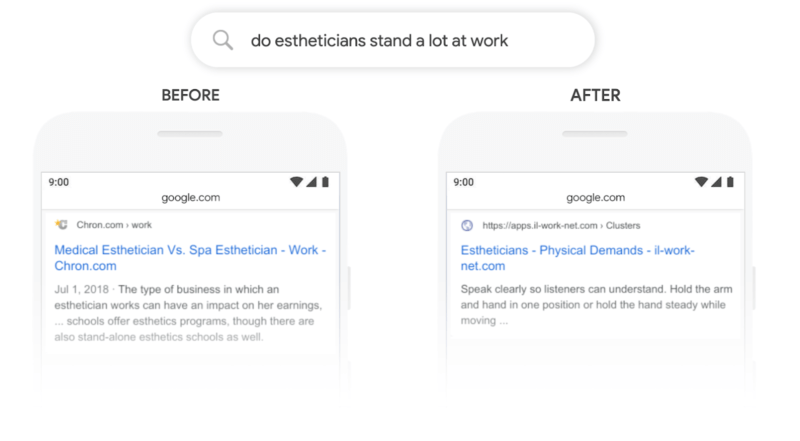 Notice: “Can you get medicine for someone pharmacy”

This one is similar to our own searches, as we type in one sentence and we expect poor Google to guess what we mean so quickly.

As you can see, Burt was able to understand the sentence with details that only a human understands and to found a better search result. 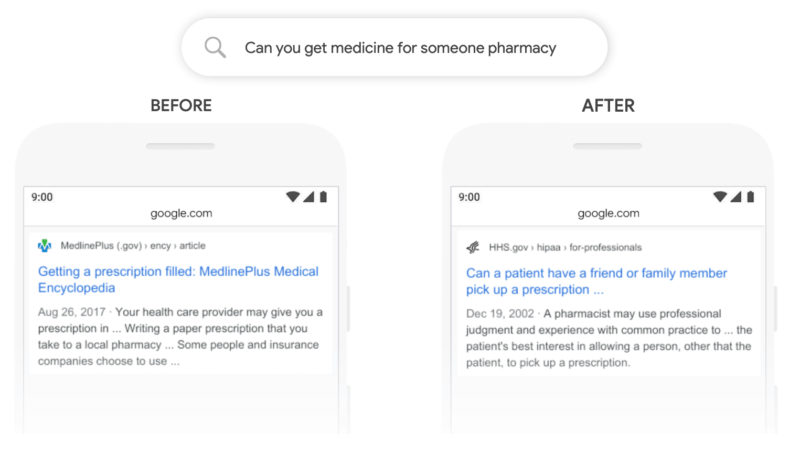 Google is always thinking about the user everywhere. Google also provided an example from Snippet to say that Burt’s insight into all parts of the content is going to make the search all more compelling.

In this example, the result before and after BERT for “Parking on a hill with no curb” means “Park on a hill without restriction”. Previously this phrase was confusing Google’s search engine.

Google itself admits that the search engine was overly cautious about the word “Crub” and ignored the word “no or without”, which was very important to answer this question properly! 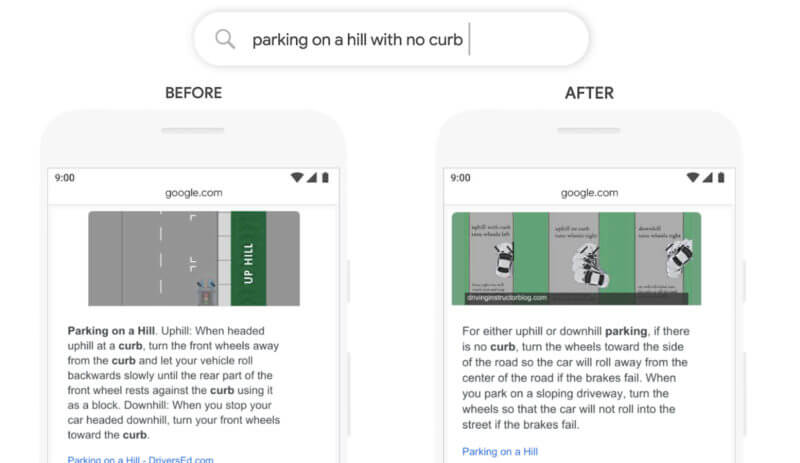 They then looked at the indexed content of Google and what the results were to the user with what was asked to do.

Bert is certainly not going to replace Rank Brain, because they each have a separate task; like all updates to Google’s ranking system, Bert works alongside Rank and their goal is to find the best result for the user.

Rank Brain can still come up with good, relevant concepts for searches, but wherever Google feels a phrase can be improved, they will use BERT.

Can websites be optimized for BERT?

Since the day Google introduced BERT, many articles have been published on how to optimize our site for Bert.

Google is working with Bert to understand the human language and show better results. You’re not going to explain something to Bert or modify your language to be optimized for Google.

Danny Sullivan himself says there is no way to optimize your site for Bert. He suggests that if you want to get high on this algorithm, do nothing special; just try producing good quality content. Get your users’ answers complete and in a word, write your content for a human being!

“If you have a website that is writing the best content for the user, then you are already optimized for Bert.”

Why should you care about BERT?

We need to be aware of this update, not just because Google said it was “the biggest change in searches in the last five years and one of the biggest leaps forward in search history”.

In short, be mindful of the amount of traffic your website is experiencing, as you are likely to see many changes in the future and possibly unbelievable.

Previous articleHow to prepare your website for Google Ads?
Next articleGreen Content: Write with no Expiration Date!

We are here to help any business of any size with all their digital needs.
Get in touch!

Built for busy entrepreneurs, we handle everything your business needs so that you can enjoy this new-found freedom and work on what you truly love. We are a Canadian creative agency that focuses on building a more accessible, inclusive story with the promise of being 100% transparent throughout.
Services
Menu
Company
Menu
Legal
Menu
© 2022 Kiuloper. All Rights Reserved.
Facebook-f Instagram Linkedin-in